I first tried this slice at a baby shower, about a year ago. Four pieces later, I was in love with it. My friend who made it did a much better job than I did with this first attempt. Though it was still yummy and satisfied the hungry hoards at my brother's 50th birthday party. With this much chocolate in a recipe, it is hard to go wrong. Next time I make it, I'd like it to be a little chunkier, though the flavours I would not change a bit. It's all about tweaking, I guess.
An interesting concept, baking... when it's not. actually. baking. I suppose I'm always wary of things being too simple, especially when it comes to baking/cooking. But this cheeky short cut of a slice lays those concerns to rest. It was just the ticket at 9pm Friday night, feeling tired and exhausted, children sleeping and still wanting to take something along with me for the weekend... because for whatever reason I just don't like turning up to parties empty handed! So this was me, taking the easy option, yet again from my old faithful, The Women's Weekly COOK bible.
Choc-Peppermint 'No Bake' Slice
250g plain sweet biscuits (I used Arnotts Marie)
100g butter, chopped
1/2 cup (125ml) sweetened condensed milk
2 x 35g crispy peppermint chocolate bars, chopped coarsely
(I used Cadbury mint bubbly, though aero bars would do the trick too!)
200g milk eating chocolate, chopped coarsely
2 teaspoons vegetable oil
Grease 19cm x 29cm slice pan; line base and two long sides with baking paper
Process 200g of the biscuits until crushed finely
(or crush with rolling pin as I do)
Chop remaining biscuits coarsely
Stir butter and milk in small saucepan over low heat until smooth
Combine processed and chopped biscuits with peppermint chocolate bar in medium bowl; stir in butter mixture
Press mixture firmly into pan; refrigerate, covered, about 20 mins or until set
Make chocolate topping. Spread over slice; refrigerate until firm. Cut into squares
Chocolate Topping
Stir plain eating chocolate and oil in medium heatproof bowl over medium saucepan of simmering water until smooth 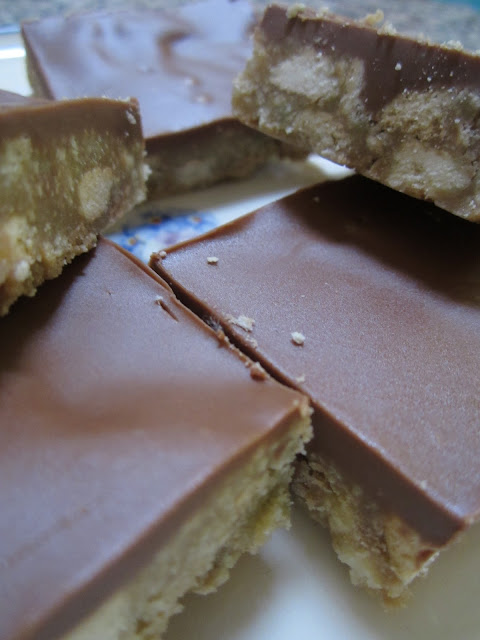 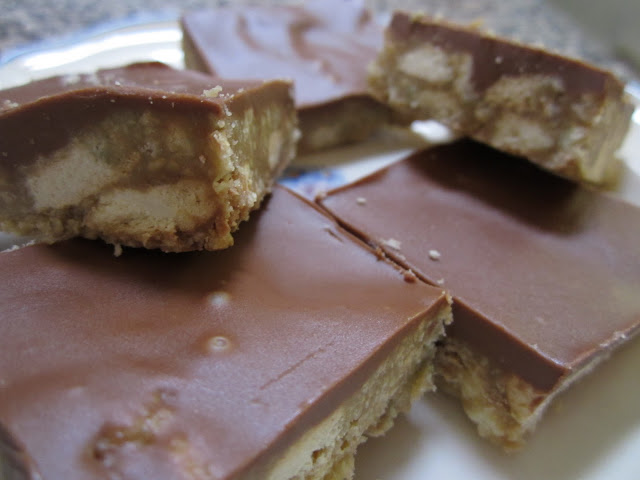 Email ThisBlogThis!Share to TwitterShare to FacebookShare to Pinterest
Labels: Recipes

Thank you for stopping by my blog, reading this post and for leaving a comment. Seeing a comment on my posts always makes my day :o)

All For Love
Hello & Welcome, my name is Julie. Stay at home Mama of three, trying to keep afloat, in a sea of domesticity.